"You will not be satisfied until you are contributing something to or for the benefit of others." 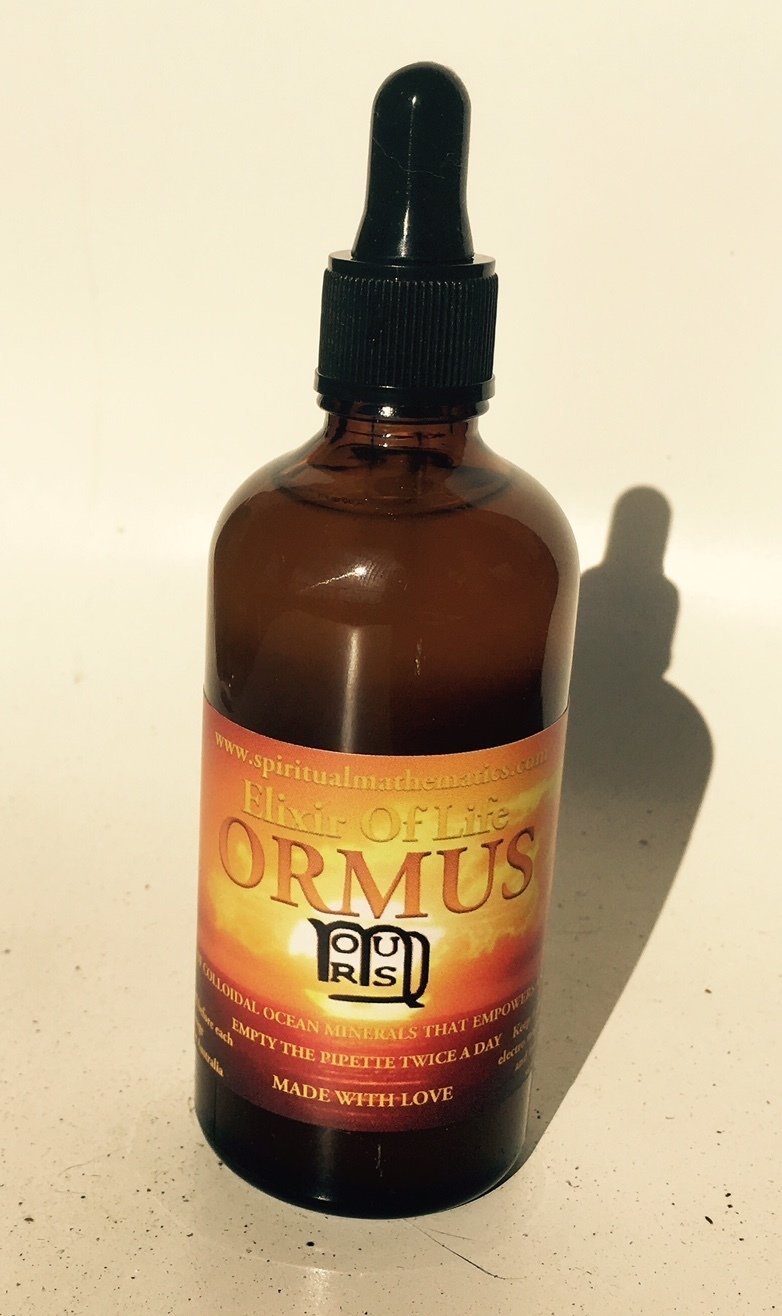 Created during the night of a Full Moon.

Dosage,5 to 10 mls per day,use your intuition.
We uses Organic Alchemy to create its Ormus.It synchronizes Brain Hemispheres,increases Psychic ability and creates Joy,Health and longevity.
We create its Ormus,Monoatomic Gold for Naturopaths,Herbalists,and all types of Alternative Health and Ayurvedic Practitioners around the Planet.Try it now.
ORMEs or Orbitally Rearranged Monoatomic Elements; also known as Ormus is the modern day term used by health and nutrition enthusiasts when referring to any suspension of precious metal elements of the electronic and nuclear orbits within the atom itself, thus the term Orbitally Rearranged Monoatomic Elements.

Basically ORMUS or m-state materials are precious metal elements in an altered atomic state. Also known as White Powder Gold, Monoatomic Gold, Manna, Aurum Potabile, The Philosophers Stone and the Elixer of Life. ORMEs are found in every organism, including the human body. Monoatomic Gold, or Gold ORMEs has proven itself to be the most beneficial for general physical healing by a vast folklore and history as a superior healing agent and spiritual energizer. When natural source elements are transformed in to ORMEs they no longer carry their original toxic properties when ingested, but assume a nontoxic, easily assimilable form.

Ormus purges the body of toxicity and impurities and boosts the body's natural healing ability. It allows the body to receive greater amounts of spiritual energy also know as Chi, it supports proper nutrient absorption, balances your body's pH, repairs and regenerates cells. Ormus is the Pinnacle of Vibrant Health & Nutrition for the Golden Age of conscious nutrient dispersion.

Save this product for later